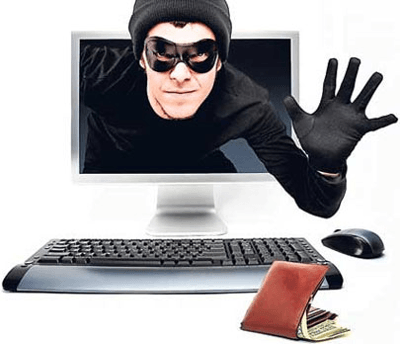 In the first season of the BBC series Hustle, Mickey Bricks and his gang teaches us that the No. 1 Rule of a grifter, conman or scammer (whatever) is that you can’t cheat an honest man.

I am not discussing this because I want to talk about the “ethics” of scamming, because a scam is ultimately still a scam, whether it is targeted at greedy or honest people.

Not everybody can try to be a Robin Hood, and rob or steal from the rich and “undeserving”. The objectives of Mike’s team in show is that they only select the greedy, dishonest, and undeserving people as their mark. Scamming these people of their money is still illegal, but the conscience of the scammers remain clear that they had simply cheated a bad character and undeserving of his wealth, such as Government officials who mis-managed public funds, bankers who cheated in a foreclosure, dishonest businessman who reaps extreme profit by buying really low (cheating) and selling the goods at the actual market price, and so on. Where the law couldn’t take care of these low-life characters, the grifters, conman, and scammers in Hustle will come “IN” (there goes Albert Stroller).

Back to the statement that “You can’t cheat an honest man” is more of a scammer or conman’s ethics in the show Hustle. Their objective is to be a “Robin Hood” and not a street thief who is only interested in money regardless of where and who the money comes from. They even have the conscience to make up to those whom they “accidentally” hurt in a scam, and tries to remedy the situation by returning a sum of money, as in the case where Danny Blue pours down a large suitcase of money through an air vent of a company who was owned by an honest man. In the show, there is a Jinx haunting Mickey’s gang when they had cheated an honest man.

In the real world, scammers do not care if they are dealing with the honest or greedy people. They make anyone the Mark, as long as they find that they can cheat the person and make some money out of it. Look at the 419 scams, lottery scams, love scams, job scams, commercial scams (fake credit cards), etc. These scams are targeted at the public and regardless of who you are.

The scammers do not care if the potential Mark (anyone who replies to these baits), is an old man/lady living frugally on their life savings.

Who on earth doesn’t want something for nothing, if its offered by someone else.

Who doesn’t want to win a real lottery? Is the national lottery (the real thing) a bad thing, and anyone who buys the lottery ticket is definitely a greedy man? (lottery scam)

Is it wrong to send money to someone we love? (love scam)

Why would we call a job-seeker dishonest when he or she wants that high-paying job? (job scam)

The scammers or conman that we know in real life are low-life bastards who breaks the first rule and cheats the good and honest people of their money, regardless of their background, just for the sake of money. Like it or not, the Jinx will follow them beyond death and guide them to hell.

On the other hand, while all of us cannot be the saviour and policeman to catch and stop all scams, by helping to share and spread the information of a scam around, we can earn ourselves some karma in our lifetime.