Easy Scams on Ebay You Should Know About! 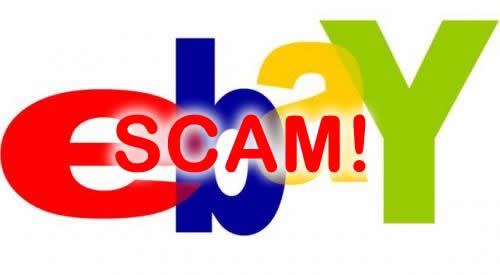 It’s the old switch trick. You list something in an Ebay auction, someone wins the auction, and you send them the items safely packaged. That’s step one. You did everything right.

Step two. The person complains to Paypal that what you sent them is broken or they say it’s not exactly what you claimed it was in your Ebay auction. Paypal immediately freezes the money in your account equal to the amount of the auction in question. Then they tell the person to send your item back to you, with tracking. Once the item is delivered to you, the money is unfrozen, only to be taken from your account and given back to the buyer.

No big deal. Just sell the item to someone else. Wrong! If you were selling some kind of authentic designer item like a Coach purse, you get back a cheap fake. Or you get back a smashed up broken replica of what you sent.

This happened to me recently with a Bose stereo system in excellent condition that I rarely used. I paid $2,600 for it, and sold it to a guy for $1,000. He complained to Paypal that it was broken, and sent me back an empty envelope with a tracking code. He was supposed to send me back the stereo. When Paypal’s system saw that the Bose stereo (really an empty envelope) was delivered back to me, they gave him his $1,000 that he paid for my stereo. What a way to make a living. This guy is still in business scamming people. Hundreds of buys and sells and eBay and Paypal will do nothing about him. Why should they? They make a lot of money on scam buyers. Screw the sellers.

There are many variations of this scam, but the results are always the same. The seller loses everything.

I have no solution for this either. You can’t go exclusively by Ebay buyer ratings to weed out the scammers because the guy who scammed me had over 300 positives and 3 negatives. Who cares that he’s 99% positive, all I know is I lost $1,000 dealing with this guy. That’s all that matters to me.

The only thing you can do, at the very least, is to make sure your paypal account is always empty, or close to it. As soon as the person puts the claim in, paypal freezes the amount their trying to scam you out of. If your account is $0, it will then be minus the amount. I cancelled the credit card and bank account associated with the paypal account. It was a big hassle, but it was either that or just let someone steal $1,000 from me. I wasn’t letting that happen.

Be on the lookout when dealing with Ebay & Paypal.

UPDATE: Months later, I sold a bin rack to someone. It came with 8 middle rails, two side rails, two base plates, etc. The guy got the package and said the box was in perfect condition, but inside the box one side rail was missing, 2 middle rails were missing, one base plate was missing, you get the picture. “Where did they go? Who knows, who cares, send me a new rack.” Long story short, the guy files a complaint then sends me back a letter with a tracking code that prompts Paypal to refund his $100. I lose the rack and the guy gets his $100 back. Scammed again….

Out of thousands of eBay sales, I’ve gotten scammed about 1 out of every 15 sales. That’s almost a 7% rate. Consider this just an extra cost of doing business if you want to deal with eBay. And just hope that 1 scam out of the 15 isn’t a high priced item.

Update: The more and more I work with Ebay and Paypal, the worse it gets. Why, you might ask, do I even mess with them? They do have a good VERY broad customer base. Basically, you can sell ANYTHING on Ebay.

One tip I will give you is never send anyone an item using just stamps on the box or envelope. They’ll steal the item every time, saying they never got it. You have to pay for tracking.

Have a Scam Report?

Have a scam you’d like to report? Please submit your experience via our Contact Form. If we post your report, we will provide you full credit as the contributor.