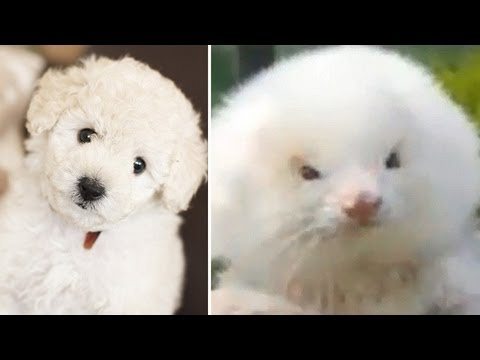 An Argentinian man bought what he thought was a “Poodle” at a price that is too good to be true, only to be told by the Vet that it is in fact a Ferret. A real toy poodle could have cost around $1,000, but it was sold at Buenos Aires for only $150 (85% discount!) at a well known market. Based on the photos, apart from the white hair, the “fake poodle” appears to have a pinkish nose and a snout that is quite different from the real dog. In another similar case, a woman had also bought a ferret thinking that it is a Chihuahua.

Dailymail has an interesting checklist to differentiate between the two.

It might not easy to spot the difference based on just the looks alone, especially where the ferret has been specially groomed since young to look like a ferret. And there is absolutely no way to determine the lifespan of the dog/ferret unless it has lived its full live. If you want to pay less for more, then its your job to perform due diligence to verify that you are getting the real thing. There is no free lunch. If someone sells an expensive item at a relatively low and cheap price, it simply implies that you have to do more work to check, verify, and inspect the goods on your own. Or save all the trouble by going to an established petshop at the market price. If there is any good deal, you would be lucky to get at 20% discount and not 85%.